We Have Some Interesting Reads 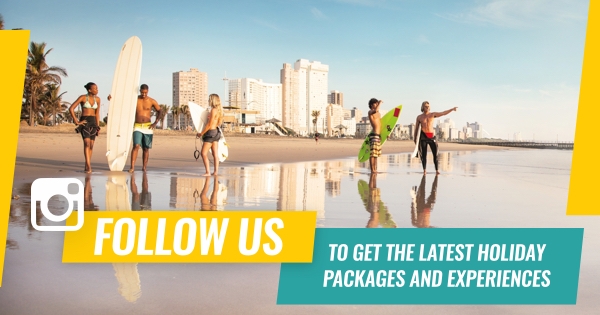 With the intent to bolster a culture of local, domestic and international travel to the province of KwaZulu-Natal, in October 2017  Pii Digital in collaboration with Tourism KwaZulu-Natal (http://www.zulu.org.za/dokzn/) embarked on a journey to remind locals and visitors to the province, that “Tourism is fun”!

With hopes to energise local and domestic travel, the #DoKZN campaign was born aimed at marketing KwaZulu-Natal as a leading tourism and adventure destination in South Africa. Marketing KwaZulu-Natal experiences to recognised target audiences, the #DoKZN campaign proposed to transform conventional visits to the province into personal adventures – a journey of exploration, discovery and unique KZN experiences.

Highlighting distinctive experiences across six (6) content themes, the goal was to answer the call of a multifaceted wanderlust catering to the various needs of visitors to the province, in seek of newfound adventure.

Aligning to travel, adventure and exploration, the use of the hashtag #DoKZN would act not only as a label to the campaign assisting followers to keep track of the latest trending KZN experiences, but would later become the tagline to even common and collective activities throughout the province, shared by local and domestic travellers.

84 Premeditated posts prepared according to the determined content schedule with themes, and 6 unprompted adhoc posts shaped by the clients specified subject matter.

Each content theme would have the undertone of promoting unique selling points (UPS’s) of KZN including:

Together with local tour operators, transport companies, restaurants and accommodation establishments, Tourism KwaZulu-Natal endorsed various travel and tourism packages in a “one-stop-shop” for local and domestic travellers. While partners benefitted from additional exposure through the TKZN Social Media Content Funnel, visitors were made aware and kept abreast of the vast number of appealing activities, travel and tourism vendors and their unique year end packages throughout the province of KwaZulu-Natal.

A total of 1,529 clicks were achieved on the main DoKZN page, followed by 472 clicks on the #DoKZN Packages page. In total, 3030 clicks were achieved across all experience pages and packages. PPC contributed to 1,366 clicks to the website and 46,323 impressions for the measured period, with the best performing theme being “DoKZN Beach” which gained 688 website clicks. This measure was followed by Brand / Generic pages with 338 clicks.

With the objective for week 1 and 2 for paid Social Media being website clicks, week 3 and 4 aimed to increase followers. The paid social media stats began on the 16th of November and ran until the 15th of December with overall social media stats increasing by new follower and additional visitor sessions to the website.

Pii Digital is thrilled to have collaborated with Tourism KwaZulu-Natal for their year-end social media marketing campaign. Proud of the results and campaign stats given the time frame, learnings will be applied to future dated projects and we hope to continue to work together with industry leaders throughout the South African tourism industry in building enthusiasm and an insatiable appetite for domestic travel across the country.

Need a great system built?
Get in touch today!

Who
About Us
What
Services
Blog
Where
Our Clients
Contact us